Since August of 2018, AccuFleet has been providing ground handling services to Interjet welcoming nearly 200,000 passengers to Houston in that time period.

“Ground handling is a very important area of growth for our company and we are privileged to have a partner like Interjet as a customer,” said John Simmons, general manager for AccuFleet at IAH.

“One year ago, Interjet expanded its presence  in the US by adding service to the fourth largest city in Houston, Texas. We have partnered with Accufleet International to provide us with superior full ground handling. The relationship has excelled as we have a one Team, one Family mentality. “said Adriana Mojica Sandoval, Interjet station manager for Houston.  “It is great to have a partner in which our values are fully aligned. John and his team strive everyday to deliver the very best service to our customers. With that being said, we all are excited with what the future has to offer”. 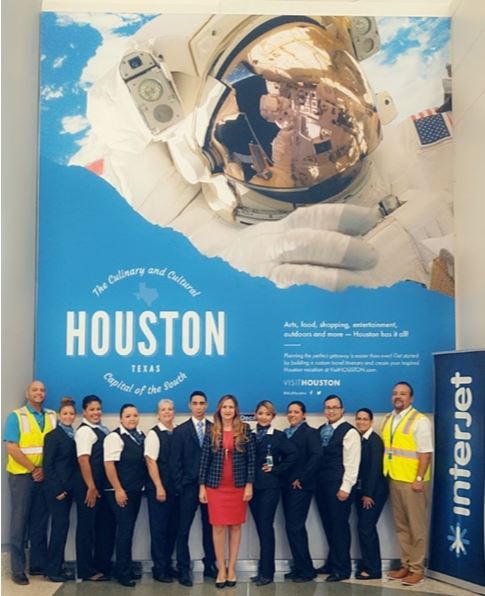 Interjet is an international airline based in Mexico City carrying more than 13 million passengers annually within Mexico and between Mexico, the United States, Canada, Central and South America. In all, it provides air service to 53 destinations in nine countries, offering passengers greater connections and travel options through codeshare agreements with American Airlines, Iberia, LATAM, and now Alitalia. It also has interline agreements with 13 airlines including Emirates, British Airways, Japan Airlines, Lufthansa and most recently, Qatar Airways. More at www.interjet.com